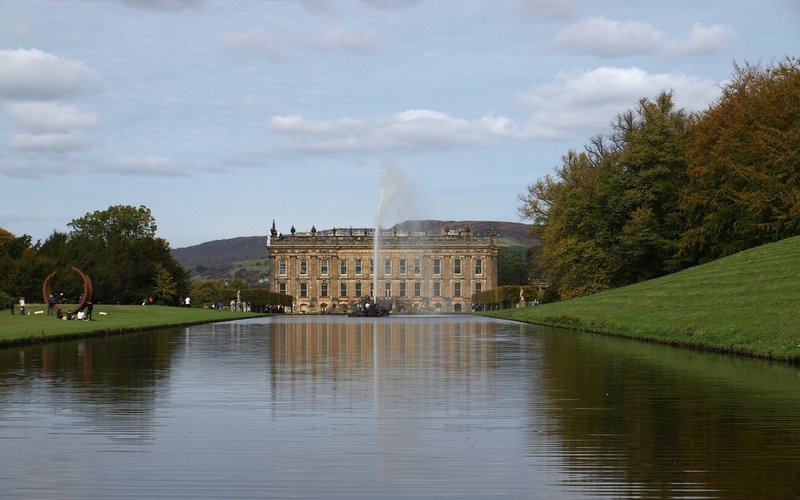 A trip to an historic house is a favourite activity for millions of people in the UK, especially eventing fans, who are lucky enough to visit many of the country’s most impressive estates to watch our sport. Here’s a quick round-up of some of the best places to step back in time and some nearby events to make a weekend of it!

Chatsworth, at Bakewell in Derbyshire, is one of England’s most famous stately homes. Bess of Hardwick – more formally known as Elizabeth Talbot, Countess of Shrewsbury – bought the site with Sir William Cavendish, her second husband, in 1549 and they built the first house there. Chatsworth was substantially remodelled in the late 17th and early 18th centuries and various Dukes of Devonshire amassed impressive collections that are one of its glories today. The surrounding landscape was also redesigned by Capability Brown in the late 18th century. The house contains more than 30 rooms open to the public and a collection of artwork spanning 4,000 years. Must-sees in the 105-acre garden include the Emperor Fountain, the Maze and Morton’s Pond, a hidden, tranquil gem.
chatsworth.org
Nearby events: You don’t have to travel far – Chatsworth hosts its own horse trials in May. There’s also Speetley, Catton Park and Eland Lodge.

Holkham Hall, near Wells-next-the-Sea in Norfolk, was the brainchild of Thomas Coke, first Earl of Leicester. Work began in 1734 and was completed in 1764, five years after his death. Today, the hall remains very much as it was originally – an elegant, Palladian-style mansion – although various successors of the first Earl have introduced mod cons over the years, including central heating installed as long ago as the 1850s. It offers visitors sights including the Marble Hall, featuring a 50ft pressed plaster dome ceiling, a notable collection of Roman statues, the Landscape Room, which contains 22 Old Master artworks, other paintings by Rubens, Van Dyck and Gainsborough and 17th century tapestries. Outside attractions include the walled garden and 3,000 acres of grounds that are home to red and fallow deer.
holkham.co.uk
Nearby events: Houghton, Great Witchingham and Burnham Market.

Upton House, near Banbury, was last sold in 1927, when it was bought by Lord Bearstead, chairman of Shell and son of the firm’s founder, and his wife. The couple swept away the Victorian clutter that greeted them when they first saw the property and had it remodelled into a stylish family home that was the perfect setting for their renowned collections of art, porcelain and other precious items. When Lord Bearstead died in 1948, he left the property, grounds and collections to the National Trust. Highlights for visitors include paintings by Bruegel, El Greco, Hogarth and Stubbs, fabulous herbaceous borders, a stunning terraced garden, restaurant and gift shop.
nationaltrust.org.uk/upton-house-andgardens
Nearby events: Upton also hosts its own event, but there’s also Moreton Morrell and Offchurch Bury.

Cawdor Castle, in Nairn, Scotland, describes itself as a living legend and its name will instantly ring a bell with anyone familiar with Shakespeare’s Macbeth, who became Thane of Cawdor in the play. The castle, which dates back to the 14th century, is still the home of the Cawdor family. Full of fine furnishings, tapestries and paintings, highlights include the Drawing Room, with minstrel’s gallery and portraits by Sir Joshua Reynolds, the Tapestry Bedroom, with four-poster bed dating back to 1662, and the Old Kitchen, complete with its own well, which was in active use from 1640 until as recently as 1938. Outside there is a very early 17th century walled garden, a flower garden designed with a French influence in around 1710, and a wild garden dating from the 1960s.
cawdorcastle.com
Nearby events: Wee Burgie, Burgie and Aswanley.

While you're visiting, why not take some amazing photos to remember your trip? Read our tips here!

A version of this article first appeared in AGA Living magazine.