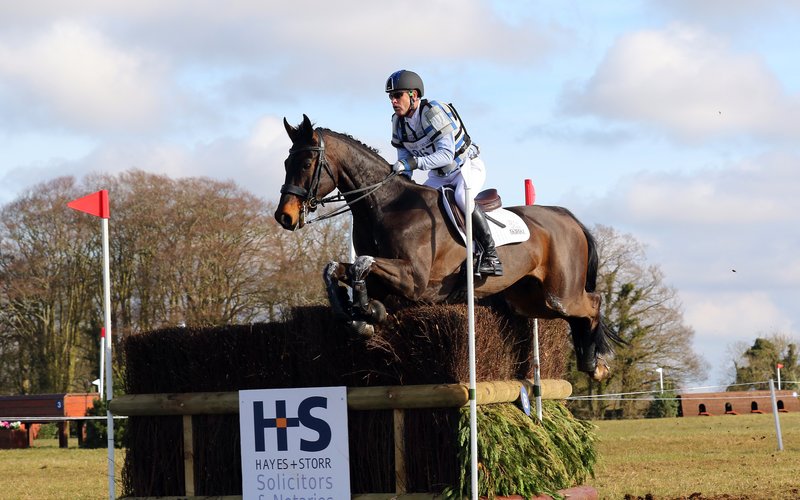 Haygain, the leading horse health innovation company, examines the effect of airborne fungi particles on the health of the competition horse, and examines the ways owners can limit their presence in the stable environment.
If you are producing a horse or pony for competition then you will be well aware how much attention to detail is needed to ensure they are as healthy, happy and fit as possible. This means selecting the highest quality feed, bedding and supplements, as well as formulating a training and stable management regime that will deliver the best results.
In the northern hemisphere, horses are more often stabled when they are being trained for competition, at least for part of the day if not all of it. This means that they will be exposed to airborne particles, including dust, mould and fungi, that are found in bedding and conserved forage.
The presence of fungi in the airways of a horse elevates their risk of suffering from Inflammatory Airway Disease (IAD), a truly hidden problem that can limit the athletic performance of equines, rendering the hard work put into producing them wasted.

Horses with IAD will often show no outward signs of having an issue and appear bright, happy and have a totally normal appetite. They may have a cough, but exhibit no fever, with the only indication that something is wrong being a reduction in athletic performance and a slow recovery time. An endoscopy will show increased mucus in the airways which can help owners to identify IAD as the cause of their animal’s reduced performance.
A landmark study over three years looking at 700 horses has found that those who are fed dry hay have an increased chance (2.6 times) of having fungi particles in their airway. The incidence of lower airway inflammation was significantly higher when horses were housed indoors, fed dry hay and bedded on straw. The study sampled the microbes found in the horses’ airways rather than the ones found in the air, so reflects exactly what the horses are breathing in when they are stabled.
It was also noted that soaking hay in an attempt to prevent the horse breathing in dust and other particles did not reduce the fungi present in the tracheal wash of the horses, showing that it is not an effective method of controlling the chances of them developing IAD.

In comparison, steaming the hay at high temperatures using a Haygain steamer reduced the incidence of fungi being present in the airways and therefore the potential impact of fungi and other microbes on the respiratory system. In fact, feeding steamed hay (from a Haygain steamer) reduced the chance of a horse developing IAD by 65 per cent - essential for the careful management and preparation of a competition horse.
You can explore the Haygain hay steamer range here and find out more about the incredible benefits delivered by steaming forage. Haygain hay steamers start from £695 for the Haygain HG One.

The research referenced was carried out by Dauvillier et al and was published by The Journal of Veterinary Internal Medicine (JVIM).