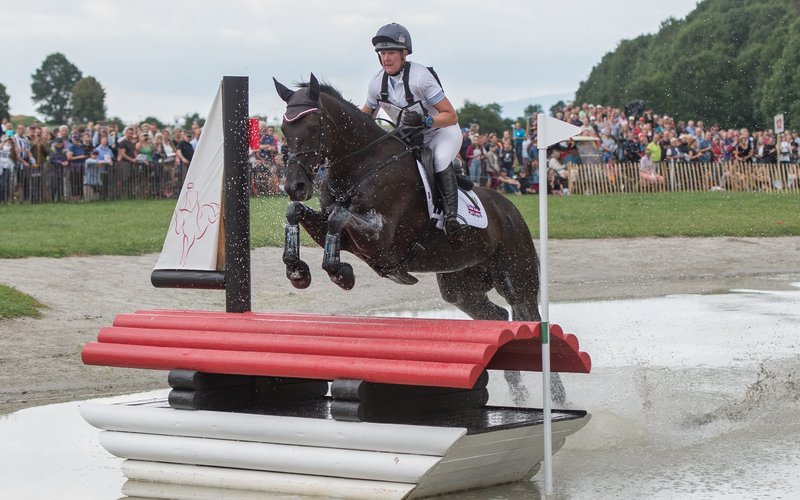 Did you know that there is a theory to suggest that in breeding there is a bias towards the mare's genes? This is thought to be due to the fact that mitochondrial DNA (MtDNA) is inherited by foals through their mother. MtDNA is connected to the production of adenosine triphosphate (ATP), which is the high energy molecule that provides the prime source of energy in animal cells. so as sires cannot pass this on they don't have any impact in this area! With that in mind we take a look at some of the incredible mares that have made their mark on the sport.

Lucinda Fredericks’ partnership with Headley Britannia from a training, competing and breeding point of view provides a valuable insight into a mare’s contribution to a foal’s success as an event horse.

Lucinda advised: “Temperament is more important than anything. Temperament, trainability and soundness, and that includes straightness of limbs and strong feet. You can have the best horse with the most talent, but if it’s not sound then it’s no good.”

Headley Britannia had foals by embryonic transfer, which is a way of producing foals from performance mares with minimum disruption to their competitive career. It also means, via recipient mares, they can have more than  one foal a year. A donor mare undergoes fertilisation while she is ovulating, usually by artificial insemination. About eight days after she has finished ovulating, the fertilised embryo is removed from the donor mare and put into the uterus of a recipient mare.

Bulana (pictured) was top horse in the BE rankings of 2017. The 11 year old mare, owned by James and Jo Lambert, is ridden by Nicola Wilson. She finished second at Luhmühlen CCI4* and won individual bronze and team silver at the European Championships in Strzegom. Out of six starts in 2017, Bulana finished out of the top five only once.

Bulana was born in the Netherlands, by Tygo out of Sulana, both KWPN.

Also ridden by Nicola Wilson, Annie Clover was bought by Nicola’s mother as a four year old. She is by Newmarket Venture out of Kilderry Clover and is an Irish Sports Horse. Annie Clover has been with Nicola to the highest level. In 2014 she was on the British team at World Equestrian Games in Normandy. In 2016 she finished in the top 10 at both Kentucky CCI4* and Pau. Out of 65 mares put forward for Sports Horse Breeding GB grading, Annie Clover came out as the highest SHB(GB) graded mare of 2017.

Faerie Dazzler was a British Sport Horse bred by Trisha Rickards. She was by Catherston Dazzler out of Trisha’s home-bred mare Clayton Mudlark. Campaigned by David Green, her best result was finishing ninth at the CCI3* in Saumur. However, she competed consistently at the top level for most of her career.

Most notable has been her progeny. Through Trisha’s careful breeding, Faerie Dazzler is the dam of several of the advanced eventers competed by Tim and Jonelle Price, including Xavier Faer (third at the Mitsubishi Motors Badminton Horse Trials in 2017) and Faerie Dianimo, who won Blenheim Palace International CIC3* for eight and nine year olds in 2014 and finished second at the 2015 Luhmühlen CCI4* in Germany.