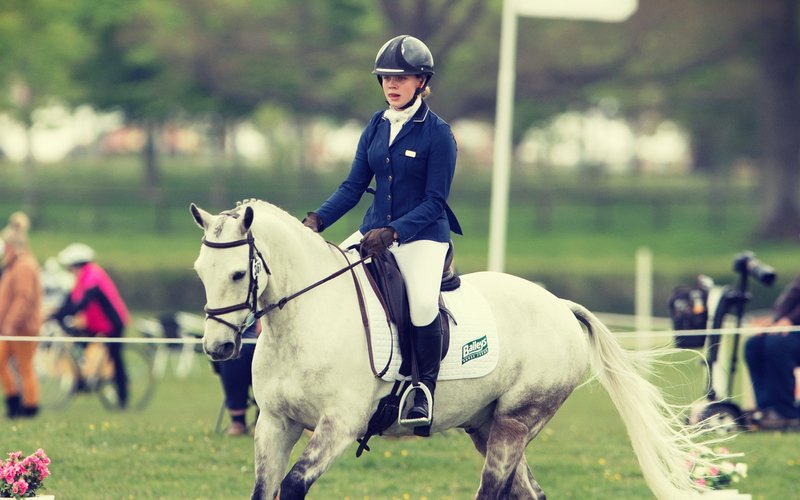 Getting Every Mark Out of Your Dressage Test

Dressage is the only part of eventing where you’re not competing to achieve a performance at a set standard, but rather to perform as well as possible judged against perceived perfection. This is the reason BE Accredited Coach, Sue Colley, believes ‘Stressage’ earns its nickname.

If you are hoping to do more dressage and less stressing this season, ensuring you aren’t throwing away valuable marks is one step in the right direction. So, what are some of the most common areas that riders are losing marks, and what can be done about it? Sue and FEI Judge, Alex Gingell, share their advice.

Alex: The quality of the walk, trot or canter is of utmost importance, but you are likely to lose at least half a mark due to the circle being the wrong size. Clearly if a 15m circle is ridden as a 10m or a 20m circle, then I would definitely sound the horn and mark this as an error of course. The rider would need to ride the movement again with a two-mark penalty.

Sue: When riding a circle, use your eyes to pinpoint where the 3 o’clock, 6 o’clock, 9 o’clock and 12 o’clock points would be and ride hard to hit those points. That way, any wobble or misshape will only be for a quarter of the movement.

Alex: Sitting at C, it’s very clear if a combination is straight or not. Clearly, if I can’t see A at all while the horse is on the centre line, then that’s positive. The first centre line (entry) is usually straighter than the final centre line, as quite often riders can’t accurately measure the swoop to the centre line, often undercutting it and slowly edging closer and closer to it before halting roughly where they should. If I see two legs only (the front ones) in rhythm and on the centre line, then the straightness is ‘good’ at the very least. With windy conditions or horizontal rain on stormy days, you’ll stand out from the crowd if you’re straight, so I suggest you practice your centre line work in stormy weather at home!

Sue: Often it’s a good idea to enter the arena on the left rein if you have to track left at C or vice versa for tracking right – you will be on the correct bend and trotting diagonal. Riding down the centre line for a test, it’s better to undershoot and gently leg yield over than overshoot and loop back, which will always look like a wiggle.

Alex: A horse that is unwilling to go forwards into the bridle is likely to struggle in the jumping phases. Typical observations during a test that suggest this to be an issue will be a lack of ‘throughness’ and the rider needing to overuse the legs in an attempt to propel the horse forwards. Horses with this issue will be lacking engagement, activity and forward desire, so will be penalised in the collected marks, as well as specific movements during the test, especially where it interrupts the rhythm.

Sue: If your horse is reluctant to go forward it’s not in front of your leg! If Pony Club kicks don’t work, then turns on the forehand to make your horse respond and respect your leg will help. Transitions within the paces also help, for example big canter little canter.

Alex: Competitors should see transitions in three parts: pre-transition, transition, post-transition. Balance should be sought during all three parts. It should flow without any resistances or hesitations. Only the horses in self-carriage can achieve this. Transitions are continual reminders to the judge of the degree of balance that a horse is in throughout his test. The classic medium canter movement up the long side and transition to trot at F underlines balance, or lack of it.

Sue: When a horse loses balance, especially in downward transitions, it’s generally because it’s on the forehand. Looking at the walk – halt transition and asking the horse to stay light in the contact and carry himself will always improve all the other downward transitions. For upwards transitions, use exercises to engage the hind leg better, like leg yield.

When you change the rein HXF, MXK, aim to leave the track just after the marker and return to it about one horse’s length before the marker. This will give you a good corner and give you the time and space to rebalance for the next movement. If possible, change the horse’s bodyweight into the new bend after X before the new quarter marker. Otherwise you get deep into the corner and you risk the horse ‘motorbiking’.

Alex: Contact is the result of the movement of the horse that’s created by the rider. The horse is controlled not just by the contact, but by the seat and leg of the rider, as well as the momentum of what the horse is doing. Elasticity of the contact is paramount to a confident, well-balanced and accurate test. A horse that’s responsive to little half-halts, requests to change bend, to lower the head or to extend neck carriage will attain higher marks.

The contact should appear totally still to the onlooker with the rider’s hands raised above the withers, in a pair working gently, sensitively, yet confidently with the horse. A good and workable contact is evident when the horse’s mouth is closed and ‘mouthing’ – lovely to watch.

Opening of the mouth is clear resistance to the contact and if accompanied with teeth grinding then the situation is even worse.

Sue: This goes hand in glove with not being in front of the leg and means the horse is not through. Try asking for big variation within the pace to push the horse through into a lighter contact. Combine this with asking for the horse to soften his jaw in the halt, which will help when in motion.