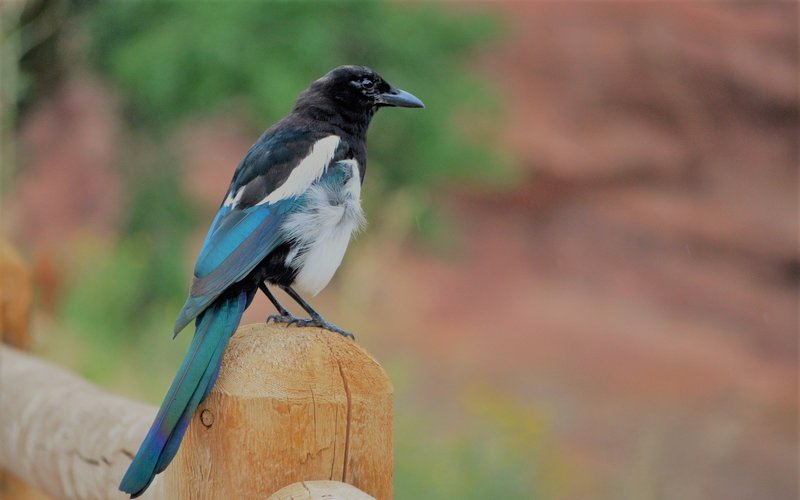 “Superstition: a widely held but irrational belief in supernatural influences, especially as leading to good or bad luck, or a practice based on such belief.” So says the dictionary definition. Yet superstitions and rituals are commonly practiced by athletes of all levels, some of huge acclaim. Three of the most successful tennis players of all time – Andy Murray, Roger Federer and Rafael Nadal – are masters of quirks, carrying out a routine of them before any match.

Even riders are not immune. American eventer Hannah Sue Burnett will never walk a course on a Wednesday at three day events and has to eat a banana before she rides. This has not stopped her from several top 10 placings at five star level. Meanwhile, Mary King does not believe in them at all: “In fact, I will deliberately walk under a ladder if I see one.”

Interestingly, of the group of five star riders who were asked if they had superstitions, the majority said they did not. Perhaps this is because to excel as event riders, we understand that the best laid plans and practices can go out the window.

So do these practices ever become ‘rational’ if they help relax the mind? And when does a plan or routine actually become a ritual or something excessive and potentially inhibiting performance, rather than complimenting it?

Well-practiced superstitions include saluting single magpies, not walking under a ladder, touching wood – for riders, it seems that never wearing anything new to compete in is quite common. Then there are more absurd ones, like always wearing and never washing ‘lucky pants’ (we won’t reveal who that was). Beyond the slightly odd, you could say that a practice like always warming your horse up for an hour before its dressage is actually ritualistic behaviour.

What the Professionals Say

Sally McGinn is a Mental Performance Coach, who works with athletes of all levels. Her focus is on positive psychology to improve performance under pressure. Superstitions and rituals are something she addresses regularly with some of her clients, who come from all sports, including eventing.

“I hear this sort of thing regularly: ‘I’m wearing these jodhpurs because I won last time’,” explains Sally. “What happens is that the person starts to develop a belief and that belief becomes thought and actions in that rider’s head. However irrational that may seem, they truly believe that because they or their horse wore something or did something, it is critical for their performance next time. The consequences of those beliefs are often negative and that is where they become detrimental to performance. As psychologists, we are trying to change those beliefs.”

The importance of routine

“On the other side of superstition, we work with people on their routines and having a specific way to plan your competition day so that you are facilitating your performance and not getting overly complex about developing beliefs that are going to be debilitating to your performance.”

Sally stresses the importance of warm-up routines with the right purpose. “I have riders who tell me they must warm-up for an hour. I ask them why they feel their horse needs an hour’s exercise before they have to go in and perform.

“The warm-up routine is important for any rider, but do we always ask ourselves why we practice it in this way? What is our objective? How would we cope if something happened that stopped us being able to follow that routine?

“A warm-up is not about fixing an issue or having a dressage lesson, it is about getting you ready to perform. Quite often by overdoing it you are winding yourself up more and tiring your horse too.”

Can a superstition ever be positive?

Sometimes these beliefs and practices can be channeled effectively. “I have a rider and her lucky colour is a certain shade of blue. We use it positively and one technique is that I encourage her to imagine a blue balloon and imagine blowing it up with frustrations. When she feels she has let go of those frustrations, let the balloon go and see it floating away. I have other examples of where the use of colour can be quite a positive thing, such as using that colour to trigger a positive thought process. You can do the same with words to trigger the right feelings, whether that is smiling and relaxing or thinking more positively.”

Why do superstitions develop?

“More often than not, they come about because of a success. I have a golfer who once played a great round of golf when a certain four people were watching him. His response was ‘Maybe I should take those four with me when I go on tour’. That is how they often start – he genuinely believed he performed better because they were there.”

There is a fine line between order and ritual. Some habits are actually preparation and can be therapeutic, for example. “I know an event rider who is meticulous about cleaning his boots and he finds that it helps him relax. That sort of behaviour is fine, but it is knowing not to go overboard,” says Sally. “Often, when we talk about strengths, we say that an overplayed strength can become a weakness. You can be very good at planning, for instance, but if you are planning to the point of obsession, you become inflexible to changes so it becomes a weakness. Plans need to be made but to a point where it is optimal to your performance.”

If superstitions and rituals are part of your daily or competition-day routine, Sally would advise riders to consider the rationality of why they believe in that practice and work out whether it’s actually helping or debilitating their performance.

“To let go of these beliefs, riders need to change a habit and the belief in what that superstition is doing for them”

“We have to be thinking riders and quick thinkers, particularly in eventing. When you’re on the cross country course and you have a refusal or a bad jump, you have to think what to do next in a split second.”

Flexible thinking is perhaps more relevant to equestrian sport than any other – this is where rituals can be debilitating. “With horses, we are such a unique sport where we have this thing with a brain. We have to be flexible with our thinking because we know not everything is in our control. If the horse decides it is not going to do something, it won’t no matter how hard we try.

For riders, it is about understanding what we can control and where we can make a difference. In sports like tennis or golf or snooker, there is much more that is in your control and it is you and you alone. There is no other brain that is going to interfere with your performance.”

Sally says;  “I would encourage a rider to believe in something else, like their ability. Or at least to reduce it in such a way that it is not becoming obsessive. Sometimes these practices can be beneficial, but it is how you use it in that facilitating way and breaking any habit is not an overnight process.”