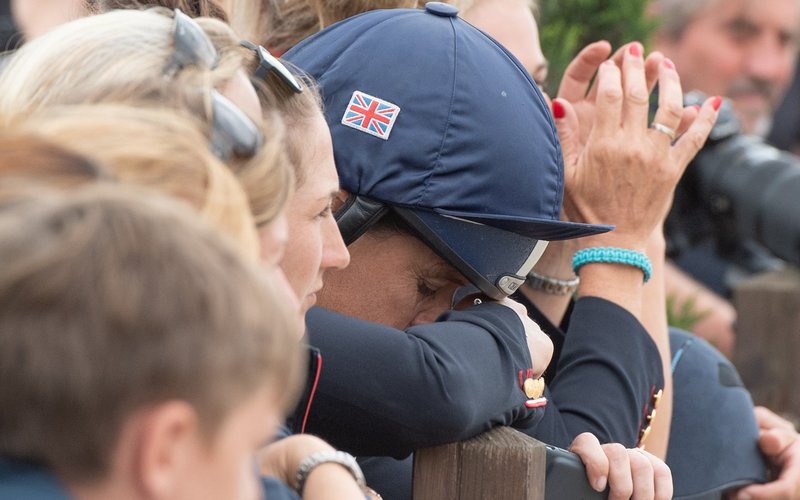 Pressure is that beast we’ve all had to grapple with at a competition in one form or another, whether it’s that sinking feeling of approaching the centre line and not remembering your test, the butterflies in your tummy ahead of show jumping or the sickening nerves walking to the start box.

It’s also very inclusive – it doesn’t differentiate between the amateur or the professional, and it certainly doesn’t discriminate against discipline.

Chartered psychologist Kate Goodger, who has previously worked as part of equestrian Team GBR to prepare them for the Rio Olympics, describes pressure in a nutshell: “There are internal pressures, often about expectations and how we define success, and there are external ones that are beyond our control – those that we perceive other people have put on us.” According to Kate, expectations can wreak havoc around our ability to handle pressure.

When discussing why some riders deal with pressure better than others, Kate makes an interesting observation: “It’s a lot to do with what the sport means to them. Certain riders pin success to their identity and the pressure or fear of failure can become overwhelming.”

She continues: “Often you get athletes who are defining success by things that are beyond their control – other competitors, the conditions, finishing in a certain spot or getting a medal. I try to get them to focus on things that they can control, such as their processes and how they execute their performance.”

Kate explains that athletes who handle pressure well are those with established processes. “This is because when you are under pressure your brain defaults to habit, so your job is to create the habit you want your brain to default to.” Essentially, when we go into autopilot mode, we want the type of pilot that is active and doing the right type of things and not freaking out or frozen with fear.

For amateur eventer Lucy Holland, progressing up to Novice after a successful stint at BE100 didn’t go as smoothly as she had hoped with her horse Beaghmore Mat. “We had a small blip last year in my third Novice of the season. I put too much pressure on myself to make everything look perfect because I was worried about everyone watching, so I stopped riding effectively as I wanted it to look pretty,” she tells me.

“It knocked my confidence, so I decided to take the pressure off and drop back a level. I said to myself ‘Just go back and enjoy it, that’s why you’re doing this.’”

Lucy’s way of dealing with the pressure before competing and the negative voice that appears in her head during the warm-up is to give it a name. “My bad thoughts are called Barry and before I go into the ring I have to tell Barry to eff off!” she laughs.

Team GBR stalwart and four-time pathfinder Nicola Wilson is no stranger to pressure, but she developed a strategy early on that worked for her when competing as part of a team. “When I went to Aachen in 2008, it was my first Senior team. I can remember feeling very nervous before the show jumping, so I gave myself a talking to and said:

‘If you can’t take this pressure then you need to get out of the game. You either deal with this or you change your choice of profession!’”

“The pressure of being part of a team is much greater as your performance isn’t just going to affect you and your owners, it impacts the whole team result,” Nicola says. But how do team riders manage that? “You can’t carry the pressure of the whole event throughout the competition; you need to break it down to each phase. Ultimately, you have to put aside the extra pressure that you’re feeling as you know that’s not going to help you perform at your best. You need to focus on the things that you can control, such as your horse’s way of going, and try to ignore everything else.”

Put It In Perspective

According to Kate, riders who handle pressure the best are those with a strong sense of self awareness and perspective. “Those who master this are being consistently more successful and are just happier as athletes,” Kate explains. “Pressure for them is exhilarating, rather than debilitating. They don’t have that fear of failure as the outcome of the competition doesn’t define them as a person.

“Perspective is one of the most powerful things for combatting pressure. Realising where competition fits into their life and also just simply reminding themselves why they love this sport,” she says, “because horses are nuts! They’re really expensive, really hard work and this is a really tough sport. Why on earth would most sane people do it? Ultimately, it comes down to the fact that they wouldn’t want to be anywhere else in the world.”

If you liked this, you will enjoy reading about how horses can feel what we feel.