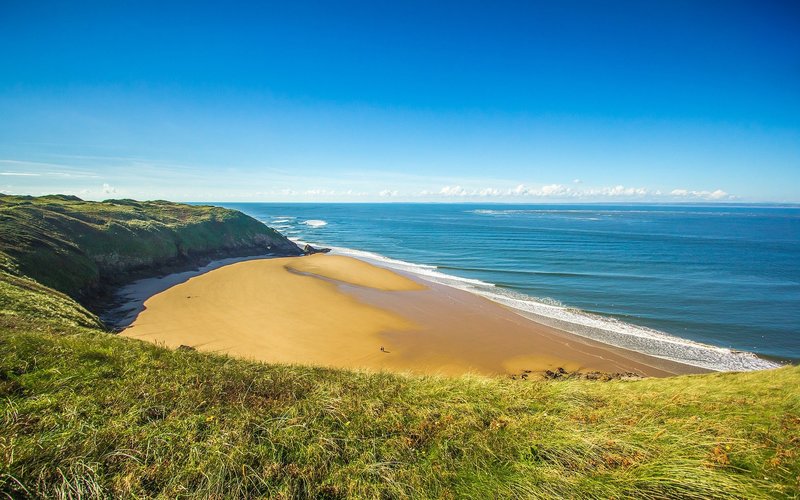 When summer comes, the seaside is the place to be. Here’s our guide to some of the UK’s best beaches – and why not check out the nearby beaches that allow horse riding while you’re there?

Cleethorpes, Lincolnshire
Cleethorpes has been a favourite seaside resort since Queen Victoria’s reign. In addition huge stretch of golden sand where horses are permitted, and several car parks which are suitable for your horse box or lorry, there’s plenty of traditional fun to be had. From building sandcastles, crazy golf and Punch and Judy, to all the fish and chips, ice cream and candy floss you can eat, there’s also an elegant 1873 pier and a host of eating options. You can take your horse with you, too.
Holkham, Norfolk
An unspoilt expanse of golden sands backed by pine woods, Holkham Estate welcomes responsible horse riders, but if you are on foot there are great walks and the National Nature Reserve is a haven for wildlife. The views are spectacular but be aware: the tide can come in very quickly!

Westward Ho!, Devon
Westward Ho! is well worth a visit – it’s the only place in Britain to have an exclamation mark in its name for a start. But the village also has a Blue Flag and Seaside Award-winning beach and access to Northam Burrows Country Park. northdevon.com
Seaburn and Roker, Sunderland
Two beaches in the suburbs of Sunderland – Roker, a couple of miles north, and Seaburn, another mile or two in the same direction - both hold Blue Flags and Seaside Awards. Seaburn boasts a choice of pleasant places to eat and drink whilst just a short walk from the coast is Roker Park with play areas, a lake and a miniature railway. seeitdoitsunderland.co.uk
Barafundle Bay, Pembrokeshire
Barafundle Bay is not just one of the UK’s best beaches – it’s also one of the best globally. Last year, it featured in a list of the world’s top 25 beaches compiled by online travel, style and culture magazine Passport. It’s not hard to see why: the magazine describes it as “a luxuriant curve of sand, topped by dunes and grasses on hills that make it feel immensely private”. The drive to the beach, which lies in the Pembrokeshire Coast National Park, features striking countryside and steep cliffs. visitpembrokeshire.com
Camusdarach, Scottish Highlands
Lying on the A830 ‘Road to the Isles’, between Arisaig and Mallaig, the white sand beach lies just south of the River Morar estuary, and offers fabulous views of the Isle of Skye, Rum and Eigg. The beach is a great place to swim, kayak or simply take a stroll and enjoy spectacular scenery or watch a stunning sunset. visitscotland.com
Cushendun, Co Antrim
A hidden gem in the Glens of Antrim, the charming harbour village of Cushenden lies at the mouth of the River Dun. Designed in 1912 to please the wife of the then-Baron Cushenden, it replicates the appearance of a village in her native Cornwall. As well as the sandy bay, it’s a great location for walking, with a ruined 14th-century castle, Bronze Age standing stones and wildlife-rich grassland to explore. nationaltrust.org.uk/cushendun
Why not take a picnic with you? Follow our perfect picnic tips here.

Take a look at the British Horse Society guide for a full list of the beaches that allow horse riding in the UK, as well as details on any restrictions or permits needed. BHS Scotland is in the process of creating a Scottish resource on beach and estuary riding.


A version of this article first appeared in AGA Living magazine.