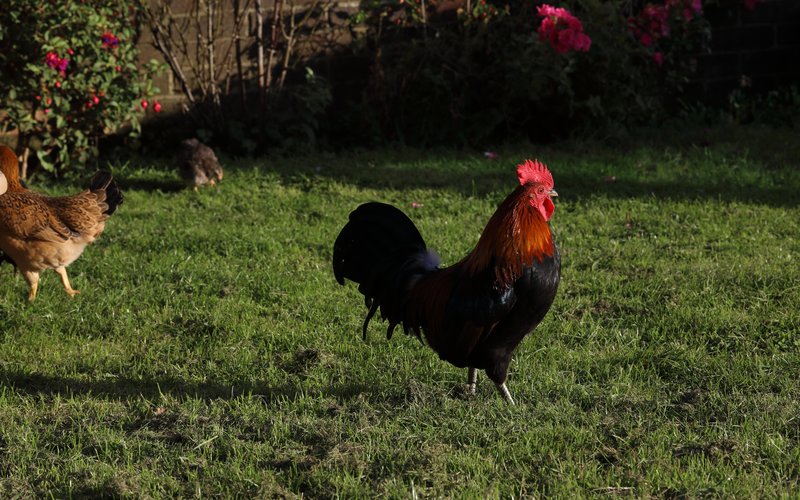 Our latest visit to Tina Cook’s yard saw us meet her horses’ two-legged stable mates – chickens! But which are the best breeds to keep and why do chickens and horses get along so well?

Why horses and chickens go so well together:

Some precautions when keeping horses and chickens together:

Chickens have been domesticated for 10,000 years, their origins traceable to Asia, where the Red Jungle Fowl, or Gallus Gallus, a small pheasant, provided eggs, meat and feathers.
It wasn’t until 4,000 years ago, however, that the domesticated chicken reached the Indus Valley, from where trade brought it to Europe and Africa.
The modern history of British chickens is really very recent – only since Queen Victoria’s reign were breed standards recorded. Some breeds, such as Old English Game Fowl, have likely remained unchanged for centuries, while others have been developed in terms of size and colour.

Some of the best British chicken breeds are:

Now you know how chickens can help look after your yard, find out how eventing helps look after the environment - click here!
A version of this article first appeared in My Countryside magazine.