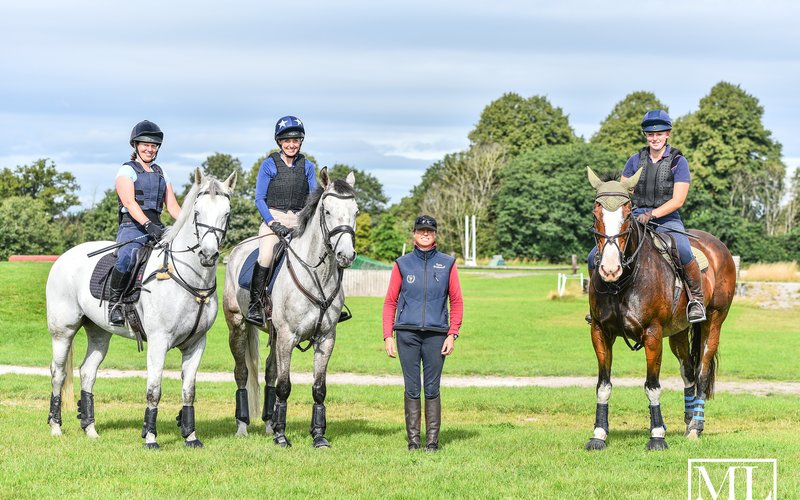 Should I give BE Accredited Training a go?

One of our new BE Brand Ambassadors, Elise Kidd, took the journey to our first cross-regional training camp at the fantastic eventing facility Somerford Park Farm. Elise shares her feedback on her experience of BE training.

What was the training?

It was a two day training camp (2-3 September) consisting of two ridden sessions per day; one dressage session in pairs with List 1 Judge and BD Accredited Coach Debbie Jones, and three jumping sessions in groups of four with one or more of Olympian Jeanette Brakewell and BE Accredited Coaches Tyler Cassells and Sue Chadwick.

The dressage and show jumping took place on all weather arenas and the cross country on the grass parkland. Riders also had the opportunity to speak to a NAF and Baileys rep about nutrition and attend a farriery talk and a group meal.

Arriving at 6pm on Sunday, riders were able to settle their horses in their stables ahead of their two night stay and busy training schedule and the camp was extremely well organised by the Regional Development Officers.

What training took place on the first day?

I had a Dressage lesson with Debbie Jones followed by a cross country lesson with Sue Chadwick.  There was also a talk from a Farrier and the Baileys rep was also doing individual advice sessions.

What training took place on the second?

I had a cross country lesson with Jeanette Brakewell followed by a show jumping lesson with Sue Chadwick. The NAF Rep was also available throughout the day to give advice, samples etc.

Dressage lesson:  This was a lesson in pairs and Debbie started off asking what I would like to work on or if there were any problems that I was having.  I explained that the last few tests had included serpentines and I had lost a mark or two on suppleness.  I also wanted to work on achieving more self-carriage in the canter.  Debbie helped me by getting me to ride shoulder-in which gave more engagement and suppleness.  We also practised 10m loops in canter which again helped improve the canter.

Cross country lesson one:  With a couple of the riders in the group saying that they were keen to progress to Novice (one rider had just done her first Novice), Sue worked on some of the more technical combinations that we would encounter on Novice tracks.  Coming from more of a show jumping background, I told Sue that I was less comfortable with drops and steps and so we practised this and Sue helped me to ride more like a cross country rider and less like a show jumper!  Sue suggested I slipped the reins more to allow my balance to be maintained and not be tipped forward as much.

Cross country lesson two:  Within seconds of seeing me ride, Jeanette identified that I drive too much with my seat rather than using my legs strongly enough so we focussed on using my legs more effectively.  She also pointed out that I was collapsing at the pelvis slightly so I worked on trying to keep my core stronger over the fences.  Jeanette strung together quite a lot of fences which was testing of the riders' memory (!), but certainly helped us get into the rhythm of things better than the 'stop start' situation that can occur when cross country schooling.  I think this helped all of the horses and riders and was more representative of riding a course.

Show jumping lesson:  After a warm up Sue challenged us with practising some tricky lines.  We focussed on dog-legs and riding to a double off a corner which was difficult to get straight to.  After working on our lines, we built up to a full course.  Sue was encouraging me to allow Impy's neck out as he has a tendency to become over-bent in Show Jumping which restricts his ability to stretch over fences.

The standard of instruction was excellent and the coaches were fantastic at quickly seeing where improvements could be made and making a difference to horse and rider within a short space of time.

The camps are great for horses and riders looking to:

Have some concentrated training, gain tips from new coaches and utilise fantastic facilities! It was also lovely to meet a new bunch of like-minded individuals and I would thoroughly recommend the camps which are open to both BE members and non-members.

The best piece of advice I will take away from the training is:

To use my legs more rather than driving with my seat and try not to collapse at my pelvis over the fence.

Cost
The camp was £220 and this included all of the training plus two bales of shavings and use of the top class facilities.

From this training, I will be aiming to:

Improve my dressage scores by a few marks and hopefully attempt a Novice next year!

About Elise and Impy

Elise is a mum of two young boys, wife and full-time serving member of the Royal Air Force. Elise hadn't ridden much since her Pony Club days but she started competing again in military equestrian competitions.

Impact (Impy) is a 6 year old Grey Roan KWPN gelding. Elise bought him from her sister, freshly backed and sympathetically produced. He started off his eventing career with her sister at BE80/90's and also gained his five double clears at British Showjumping Novice and Discovery. Elise has taken him round his first BS Newcomers and BE100. He is a very genuine horse who really tries his best for you and is an absolute pleasure to ride.

Elise and Impy are currently competing at BE90 and BE100 level.

As part of her role as a BE Brand Ambassador, Elise was gifted a free place on the Training Camp, all opinions are her own. 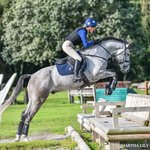 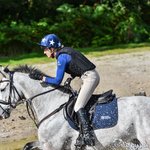 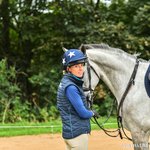 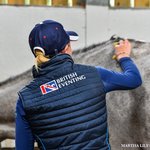 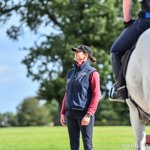 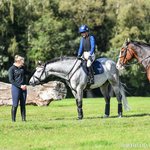 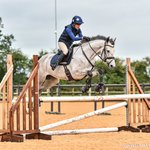 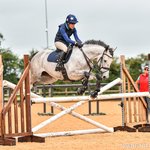 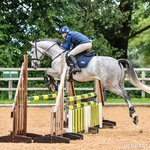 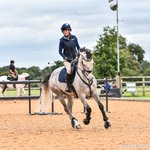 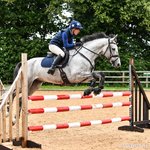 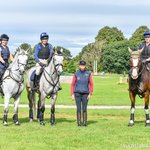