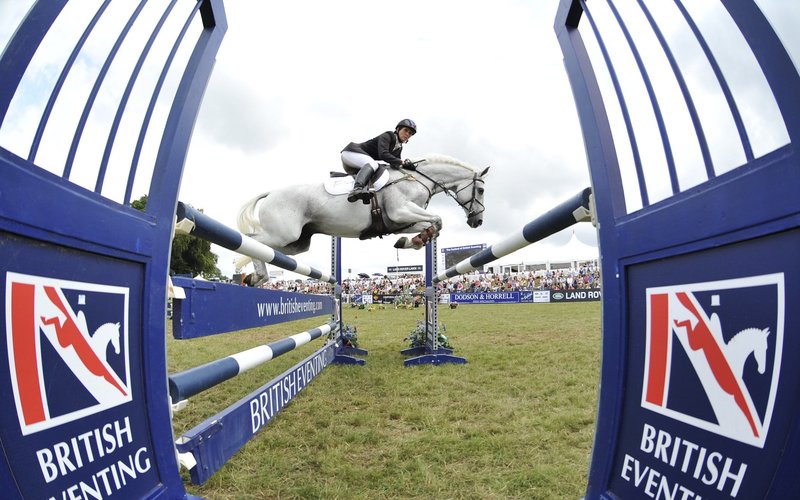 How to qualify for The Festival of British Eventing

The Festival of British Eventing is the epitome of the BE one day eventing calendar, so how can you make it your goal for 2018?

Gloucestershire’s Gatcombe Park holds many a claim – watching from the spectator-friendly ‘bowl’ is reputedly where Jilly Cooper found inspiration for her book Riders; it is a royal home; and, with its iconic, undulating cross country course regarded as the toughest one day course in the country, it has hosted the National Championships, also known as The Festival of British Eventing, since 1983.
The final of the four championships are:

The flagship competition, the British Open, is currently having the qualifying criteria for this year finalised, but is known for boasting a small but impressive field, with approximately 40 competitors bidding to take the Open Championship title.

The Dodson & Horrell British Novice Championship made its first appearance in 2002 and has since become regarded as a place to window shop for future stars or get an early glimpse of partnerships likely to propel themselves into the eventing hall of fame.
• Held under Intermediate rules.
• Each time a horse is placed in the top three in a one or two day section at BE Novice, ON, IN, or CIC1* to then be invited to compete in a Novice Regional Final, which is run at IN level.
• Once qualified through an NRF, by finishing in the top 25 per cent, it may not compete in any more NRF classes and to qualify the horse at this point the rider is the only one then able to ride it at the Championships.
• The horse must then have completed a BE Intermediate event with fewer than 16 show jumping penalties and a clear cross country,
or have gained an FEI Minimum Eligibility Requirement at CCI1* level at least 21 days before the Championship.
• Your horse’s qualification is invalid if it accrues BE points of 21 or greater, or if your horse also qualifies for the British Open Championship.

The TopSpec Corinthian Cup for The National Restricted Novice Championship

The most recent addition, The TopSpec Corinthian Cup, made its debut at The Festival in 2015 and brings the best amateur riders to compete at The Festival, where their names will go into a hall of fame of the best riders, and horses, competing in Britain.
• Held under Novice rules.
• Place in the top 10 per cent of starters at BE Novice, ON, IN, CIC1* or CCI1*.
• Riders must be in the year of their 19th birthday or older and must not have competed at Intermediate level in the current or preceding five years, or at Advanced level in the current or preceding 10 years.
• Your horse’s qualification is invalid if it accrues BE points of 61 or greater and the horse’s qualification cannot be passed on to another rider.