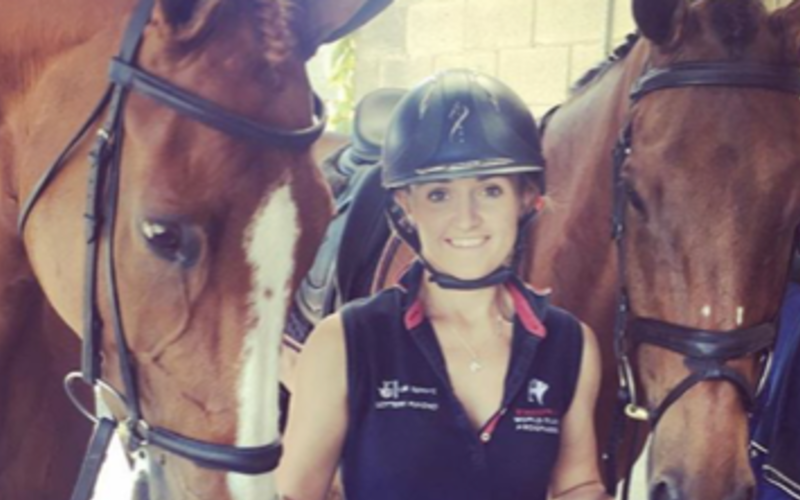 Getting to know... Holly Woodhead

In our Getting to know... series we go behind the scenes with the stars of our sport! First up is Holly Woodhead, who represented Team GBR at the Senior European Championship in 2015 at the age of just 21 and last year finished best of the Brits in the CIC3* Championships for eight and nine year old horses at the SsangYong Blenheim Palace International Horse Trials on Parkfield Breeding's Parkfield Quintessential.

My favourite eventing memory would have to be at one of my first ever British Eventing events. I was 13 and riding my first event pony Ballymoney at Witton Castle. I remember Dad saying: "Just go have fun but try to win." And we did just that on a 16 dressage. I couldn’t believe I managed to beat Ruth Edge and William [Fox-Pitt] in the dressage.

What has been your biggest achievement?

My biggest achievement would probably be being selected to ride for GB at the Senior Europeans when I was 21, and also running my own business at the age of 24 with an amazing team behind me.

What is one thing would you still like to achieve?

My ultimate aim is to be number one and achieve all of my goals, but have a lot of fun along the way.

The best thing about eventing?

The best thing about eventing is that it is thrilling, exciting and we all do it because we love it and the horses.

The weather… winter it’s too cold and wet, summer it’s too hot to have a hat, leather boots and jodhpurs on.

What is the best piece of advice you’ve ever been given?

Believe in yourself and do your best (or, as my late Grandad used to say all the time, remember second place is first loser!).

What is the best book you have ever read?

The best book and only book I have ever read in my whole life is 50 Shades Of Grey! It was fantastic though (my boyfriend won’t let me read another one!).

It’s either Sherlock Holmes or The Fast and the Furious.

It would have to be Gossip Girl! I love all the characters.

If you could have dinner with anyone, who would it be?

David Attenborough. I think his voice is amazing and I would learn so much from him,  although Beyoncé would be my other choice.

And what would you cook?

I would cook a mean chicken and avocado salad with all the trimmings. But more importantly it would have the best wine to go with it and a very yummy desert.