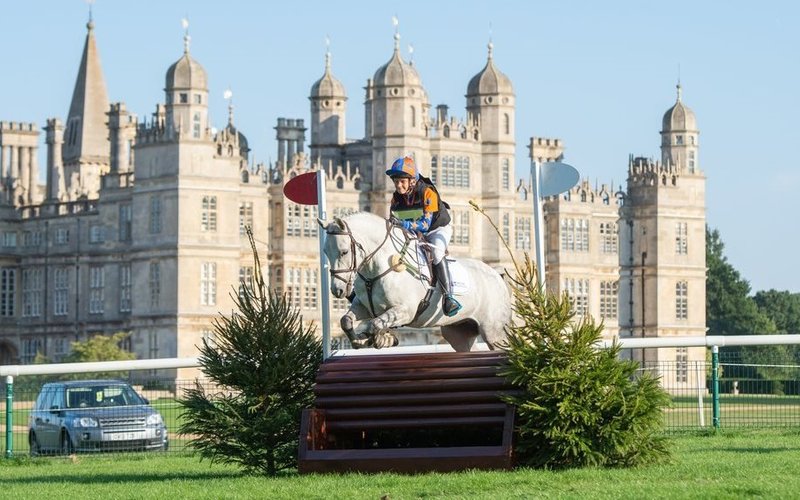 Have you always wanted to fulfil your childhood dreams of riding at Burghley? The good news is that you no longer have to be a 5* eventer to do so! This season, British Eventing has introduced a new Championship for BE80(T) level riders which will be held as part of the Land Rover Burghley Horse Trials on Tuesday 1 to Wednesday 2 September 2020.

Who is the BE80(T) Championship for?

If you and your horse are new to the world of affiliated eventing, then this is the Championship to aim for. Ideally, you will have had experience at one day events or some experience in each phase individually. You will get to experience the thrilling atmosphere of Burghley Horse Trials (just before all your eventing heroes start to arrive) whilst receiving support from BE80(T) coaches in a friendly environment.

What can I expect at the Championship?

The Championship is the only BE80(T) competition that runs over two days, so you’ll have the chance to relax in the evening with friends and family after a busy day of competing. It’s also a great opportunity to meet other competitors at your level from all over the country, and to make lifelong memories and new friends.

Now for the technical part…Each phase is designed to be suitable for grassroots horses and riders by ensuring a perfect balance between being inviting yet challenging. In all BE80(T) classes the dressage is a BE90 level test, which includes walk, trot and canter, and may have some basic moves such as circles and serpentines. The show jumping fences are 80cm high, including one double and at least three spread fences. A maximum of two fences can also be set to 85cm high, so do not be alarmed if there are some bigger looking fences whilst walking the course! Finally , the cross country will be 25 jumping efforts at a maximum height of 80cm, which will have a run in and out of water and some straightforward combination fences.

At the BE80(T) Championship the cross country course will be slightly longer and more technical but the dimensions of the fences (the height and width) will remain the same as a normal BE80(T) class. The show jumping phase also becomes more challenging, as the maximum height will be increased to 90cm.

Coaching and Support at BE80(T)

Don’t panic if this sounds daunting, all competitors in BE80(T) classes will have access to the support of a BE Accredited Coach on the day of the event in the form of cross country and show jumping course walks, help in the show jumping warm up, and guidance and advice answering any questions riders may have. With the help of the BE coaches you’ll be cantering around the prestigious Burghley House in no time.

Do I need Full Membership to compete?

If you are considering qualifying for the Championship - rather than simply having a go at BE80(T) classes - it will be worth investing in Full Membership because horses must have a valid season pass or half season pass and competitors must be full members with British Eventing at the time of entry for the Championship.  But if you are not yet ready to commit to Full Membership and want to dabble in the sport, the BE80(T) classes are designed so that you can try them with a Day Pass Membership on an unlimited number of Horse Day passes.

How do I qualify for the BE80(T) Championship?

The eligibility criteria for BE80(T) classes ensures a level playing field for both horse and rider, so there is still a chance to qualify if you are on a green horse or if you are inexperienced yourself- or both!
The qualifying rounds began on 1st May 2019 but they do not close until 30th April 2020, so there is still time to get your horse to peak fitness and book in some training. The combinations that finish in the top 20 per cent of each normal BE80(T) section will automatically qualify for a BE80(T) Regional Final. There will be 12 BE80(T) Regional Finals held between May and July 2020 at a number of venues across the country. In order to qualify for the BE80(T) Championship Final, you must finish in the top 20 per cent of eligible starters. But remember, you may only compete in one Regional Final for every qualifying result you have received.

In order to be eligible for the BE80(T) Regional Finals:

Most importantly of all, the BE80(T) classes are about enjoying yourself and gaining confidence. So don’t over think it, have fun and kick on! Find out more HERE.