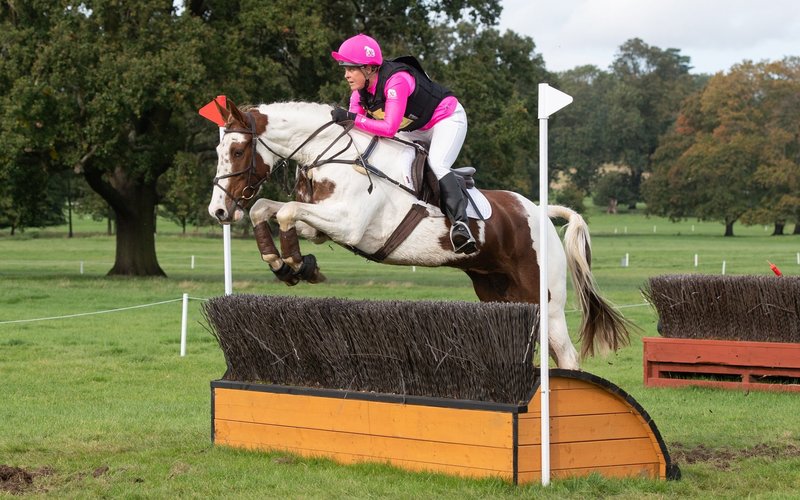 “There’s never ever been anything like this anywhere,” confirms Tweseldown’s Managing Director, Rachael Faulkner, who grew up in Canada, the daughter of a horse trials organiser.

“A lot of people compare it to the foot and mouth outbreak of 2001, but this pandemic has been totally unprecedented and affected every walk of life,” concurs Martyn Johnson, organiser of Burgham International Horse Trials (20-23 August 2020).

With 22 years as an event organiser, Alec Lochore has used his first-hand experience of working through the foot and mouth outbreak – his Burnham Market event kicked off the restarted 2001 season – to draw from in 2020. “I definitely see some similarities between foot and mouth and COVID-19, and the approach one needs to take towards the two,” explains Alec, whose Musketeer Events team are also responsible for Barbury and Cholmondeley.

“The unknown has probably been the hardest thing – we didn’t know if people would want to come out, but it turns out they were all desperate for a run,” explains Rachael, who ran one of the first events of the restarted season on 10-12 July. “We felt awful because we really don’t like disappointing people, but we ended up with more than 1,500 entries that we had to ballot to 1,000, despite adding an extra day.”

“As the season progresses, I feel the challenges will change as government rules and regulations change, and our biggest hurdle will be adapting to these changes,” advises Alec.

Organisers certainly have to be agile – in June, Rachael’s amazing team made a smart decision to push their original event date (which should have been the first weekend of July) out by a week. “Usually we have everything sorted well in advance, but 2020 was different. I actually think it’s been a good process because it’s shaken things up a bit and I think it will make the sport more streamlined in the long term,” she continues. “It’s been good to look at things afresh – as one of the first events we had a responsibility to do it well and do it right because we were setting the standard for other organisers to follow.”

Martyn has used technology to keep his voluntary organising committee together: “There’s been lots and lots of phone calls, and we also sent an online survey to riders in mid-May to get an indication of how their preparations were going and how long they needed from the resumption of sport to be ready for international classes,” he explains.

Martyn admits that getting the budget right was stressful and is pragmatic about the stark financial realities for organisers: “We used the rider survey data to inform when we could run – we needed enough security of entries to be financially viable. Our costs have not reduced much despite working hard with our contractors, but our income will be down around a third because of lost revenue from tickets, tradestands and sponsors.”

Organisers have many responsibilities to juggle to keep everyone safe.

“We can’t cut down on toilets because it is especially important to provide sanitising facilities,” notes Martyn. Many extra maps have been drawn and re-drawn to remove bottlenecks around event sites.

“We planned a route to the show jumping with a one-way system, and added extra stewards,” says Rachael. The numbers in warm-up areas are now tightly controlled and separate boxes or cars used to maintain social distancing for the show jumping judges.

Alec is also very conscious of the social responsibility borne by organisers: “Adhering to a rule or guideline is only really the start, as I believe in our sport, which is certainly non-essential, we should operate in a thoroughly socially responsible manner.”

As his event has international status, Martyn has received guidance from the FEI and worked closely with his Chief Medical Officer to ensure compliance: “All medics must be dressed in PPE and we may have to perform temperature checks in line with FEI guidance, which means budgeting for additional medical personnel.”

Communication is key: “We explained to riders ahead about how it was all going to work – everyone’s really pulled together for the benefit of the sport because they all wanted it to go well,” observes Rachael.

Communication with volunteers was also critical. “They were briefed ahead of time and when they arrived the fence judges were sent straight out onto the cross country course with their COVID-19 packs [gloves, mask and sanitiser],” explains Rachael. The demographic of many older British Eventing volunteers puts them into a more vulnerable group.

“BE have initiated a number of different protocols to ensure the safety of the volunteers – it is absolutely critical that we do not expose any of this most valuable stakeholder group to any unnecessary or unconsidered risk,” adds Alec.

“It’s hard because one of the main reasons people volunteer is for the social aspect, but we’ve had to minimise the points at which they interact,” adds Martyn. “We’ve been lucky as everyone is very understanding of the situation and many of our fantastic volunteers have made themselves more available than normal, offering to do two days instead of their usual one for example.”

Despite being forced to cut out the popular ‘tea run’, Martyn felt strongly that he should still give his volunteers lunch: “We know we can do it safely and I feel it’s a very small repayment for their time.”

Specific guidelines were also issued about what to do in the event of a rider fall – volunteers cannot touch a fallen rider, but they can catch a loose horse and hand it over to a groom, for example.

Looking to the long term

Some of the changes may actually be in place long-term for the benefit of the sport.

“I’ve always wanted to restrict numbers in the warm-up areas, so I hope we will stick with that long-term,” says Rachael. Sticking to times in the show jumping is another rule that will be enforced this season and many nervous riders will be hopeful that this can be retained long-term too.

The positive effects of this unusual year are both personal and professional: “I have spent much more time at home with my family, and had some summer time not worrying if it was raining or not!” smiles Alec.

“I believe there will be positive lasting effects for eventing. Start fees being paid on entry point is a real advantage, and people printing their own numbers at home is certainly more efficient and less stressful for our secretary team on the day,” adds Martyn.

Technology has also come to the fore: “It’s pushed us to think about using iPads for dressage scoring and reducing the amount of manual paperwork,” Martyn explains.

“Maybe people will keep washing their hands after using the toilet, too!” jokes Rachael.